Aaron Blair’s new children’s novel, “Mystic of the Midway”, set in the once grand Crystal Beach Amusement Park, was launched over Zoom Sunday, October 17, 2021. The Guelph author chose the park to be a part of his book as a result of the experiences he had with his own family while vacationing in the village, post park days. In fact, the storyline and characters are influenced by his own children.

In August, I interviewed Aaron for the Fort Erie Observer as I felt Crystal Beach, and the Greater Fort Erie area residents would appreciate Blair’s passion for their village and park of the past as inspiration for Mystic of the Midway. I was honoured to be, in return, invited to the book launch as a Crystal Beach historian.

From my workspace at Mythos Art and Counselling, I participated in my first Zoom event, sharing stories of the park, what it meant to the community and why the paranormal angle was fitting.

Diana Livesay, Assistant Director and Literary Translator with Histria Books spoke about Histria Kids imprint, what they are looking for from authors, and what about Mystic of the Midway influenced their decision to publish the story.

Blair admitted that if it wasn’t for the bookstore, Mystic of the Midway may not have come into fruition for it was there that the author found the research material he needed to add the reality to the fiction.

Shane Arbuthnott, friend and fellow writer, joined the launch. He was instrumental in the writing process. He was an early reader and helped mold Effie, the protagonist into a strong lead character.

The author shared his thoughts about the launch. “It was a wonderful turn out. People were there to share stories about the park, and area, and hear a reading of Mystic of the Midway. I found the words of appreciation from Karin of Lakeside Books and Art particularly meaningful. She had remarked that the book would engage a new generation of young readers who never experienced Crystal Beach Park. I liked the idea of breaking the limitation of how the park is viewed, from a place of memory to a place of imagination.”

Karin said she would like Aaron to come into the bookstore in the near future for an Author’s Night and book signing. She has put in a rush order so she expects the arrival of the book this week.

For more about Aaron Blair and Mystic of the Midway: mysticofthemidway.com

Check out the my initial article about Mystic of the Midway HERE.

EVERYONE HAS A STORY

Leave Your Mark — I Aim to Immortalize! 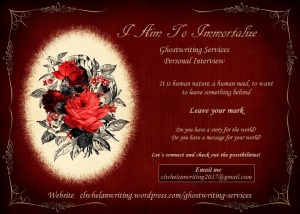 Let me capture the BEST VERSION OF YOUR VISION

Celebrate a Life Worth Celebrating 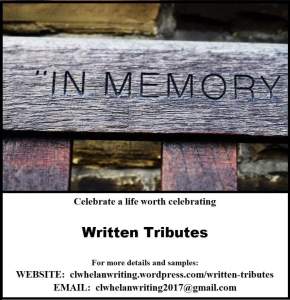 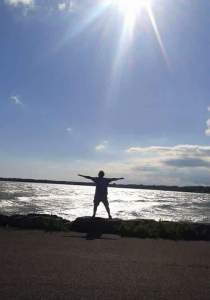 Wanderlust  – The mindful adventures of a storyteller.

Noun; a strong, innate desire to rove or travel about.
“My mother always said, ‘Donnie, you’ve got the wanderlust in you.’” 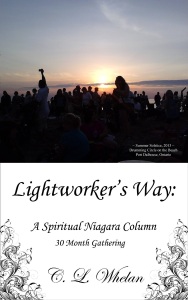 “C. L. Whelan takes the reader on a 30-day journey within the self. From birth to death, and reincarnation, these 30 articles span the globe, and touch upon many faiths and practices. The reader will be stronger in their self, their belief, and in their outlook on life. Originally a Spiritual Niagara Newsletter column, Lightworker’s Way is your guide to enlightenment. ”